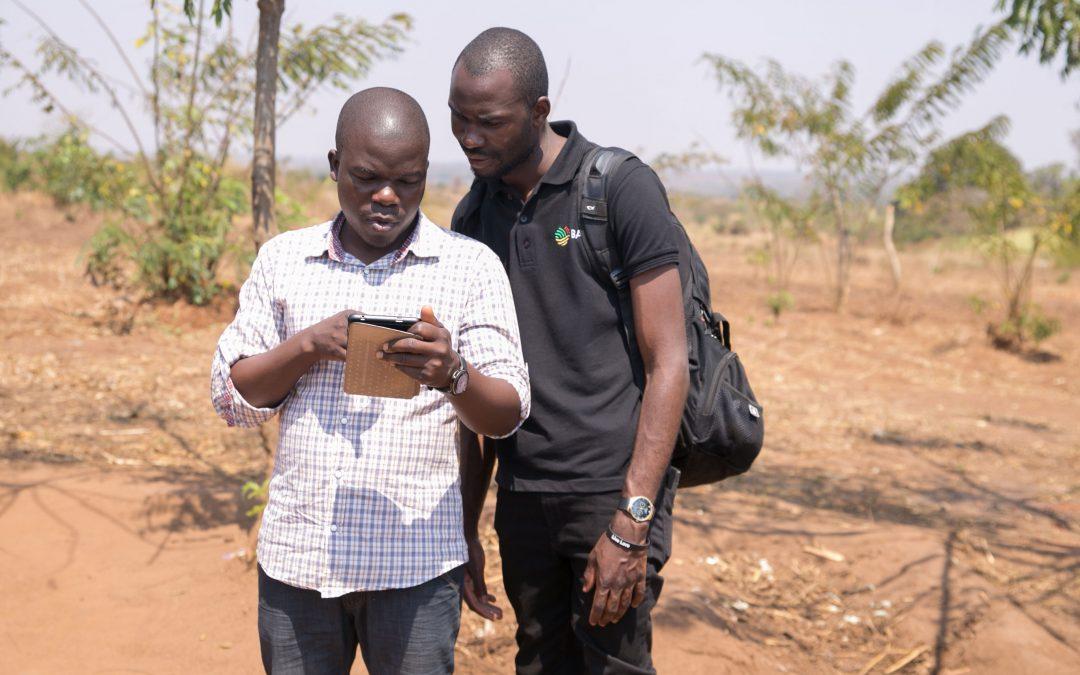 At the end of any financial year, everyone looks forward to closing a chapter and starting a fresh new page where anything is possible and the future is bright. In many organizations, the end of a financial year means something entirely different – it means looking back on that closed chapter and reflecting on the successes and failures that littered the calendar as a basis for making improvements. The process is often referred as performance appraisal and we dread it as much as the next person.

Throughout 2018, the BASEflow Call Centre has been at the heart of the ongoing national evaluation of water and sanitation points in 15 districts across Malawi, including the ridiculously hard-to-reach Likoma Island. This is part of the Scottish Government-supported Climate Justice Fund: Water Futures Programme which aims to support the Malawi Government to achieve Sustainable Development Goal #6. It has been an exhausting, but amazing journey so far, but what has it been like for us? If the numbers are anything to go by, we:

These are big numbers for a small team of 5 (and a backup team of 3 interns) to handle, but we did it!

There is a lot these numbers won’t tell you though.

They won’t tell you of the countless times enumerators called at odd hours, some as early as 4am, with technical problems. They can’t communicate the indescribable joy when a struggling enumerator finally understood some technical mumbo-jumbo that was previously Greek to them. These numbers cannot begin to illustrate the love-hate relationship some of us had with the enumerators who felt we were being hard on them or we were too slow in getting a solution to them.

There’s a story behind the numbers that you’d have to experience to appreciate.

So after one roller-coaster of a year, which nothing could have prepared us for, how did we perform overall? Like any organization, BASEflow has a system for rating staff performance, but it has a twist. Instead of the usual top-down approach of rating staff performance, the BASEFlow Call Center is, instead, rated by the enumerators, the very people we were employed to train, support and, occasionally, mentor. Using a simple 10-point rating scale, every month for the past 9 months, BASEflow has been calling enumerators to secure anonymous ratings for each of us on the team – ‘0’ meaning ‘we’re crap’ while ‘10’ means ‘we are rock-stars’. Each month, our Team Leader, Muthi, would share both the team’s overall score and, believe it or not, each team member’s individual score for everyone to see. This way, we got to see if our individual score was higher or lower than the team score; in other words, we would all know who was having trouble with their work, and needed assistance on how to improve. This was nerve-wrecking at first, but there was a logic to the madness, and it was in something Muthi always said:

“If one of you fails, you all fail!” or, one other way of putting it would be, to borrow from Alexander Dumas: “All for one and one for all!”

We started seeing the public sharing of the scores as a learning opportunity, a chance to understand each other’s strengths and weaknesses so as to leverage the former and avoid the latter when sharing tasks. If it had not been for this, we would not have found out that one of us was overburdened with extra work which affected their individual score and, by extension, the overall team score.

So after a year of hitting the ground running, right out of the door, how did we do? The minimum threshold performance standard set for the BASEflow call centre was 80% – anything below 80% is considered underperformance – we scored 86% and with each team member scoring above 80%! With that great news came a small bonus for our efforts J.

As we celebrate amongst ourselves at what was no mean achievement (you try keeping track of 175 enumerators in your head, by name and competency), we feel a deep sense of accomplishment, not because of the score or the bonus, per se. Our sense of accomplishment is rooted in the thought that, after all that work – all those calls and WhatsApp messages – all those kilometers of travel – all those surveys crossing our laptop screens and haunting our dreams – the time and effort we invested in building those relationships with those 175 enumerators was recognized, acknowledged and valued by the enumerators themselves; that feeling is worth the sweat, toil and vexation.

The last year has been a journey of growth and reward for us, and as we start a new financial year (this April) we are looking forward to opening a new chapter for the BASEflow Call Centre as we train 175 more government enumerators in 13 more districts. All we can say to that is: here we go again!