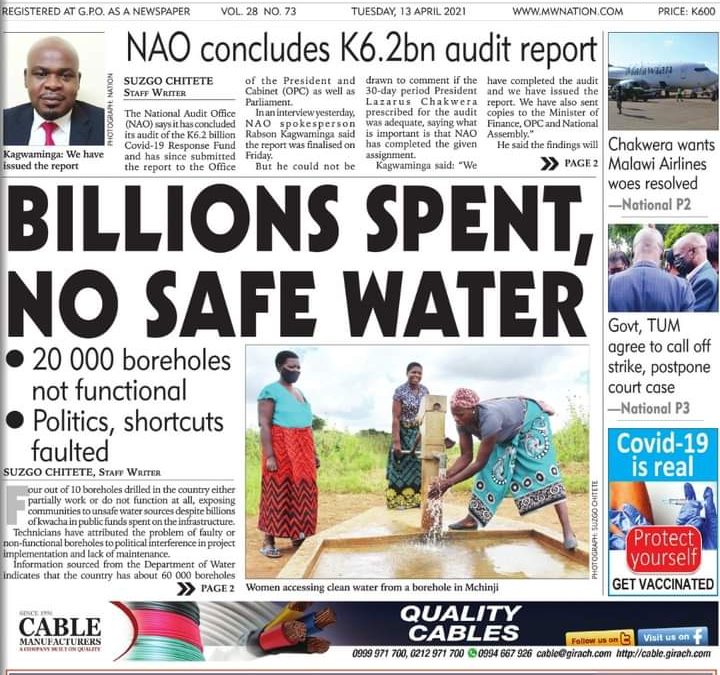 An article written by Suzgo Chitete of the Nation Newspaper

Here is the link to the news paper article, https://www.mwnation.com/billions-spentno-safe-water/

Below is a snip from that article.

Baseflow team leader Muthi Nhlema said while the expectation is that the borehole has a life-span of 15 years or more, a good number of those they came across during the water mapping exercise ‘died’ barely a year or two after being sunk.

He said: “One of the main reasons that lead to borehole sustainability failure is construction quality. Even if you have the best water committee and a capable district water officer, if the borehole was poorly constructed, it will fail.

“Boreholes are poorly sited because many drillers do not have experts [hydrologists and geo-physicists] to help identify sites. This costs money, but it is for a good purpose.”

Nhlema said that during the mapping they conducted water pumping tests for a number of boreholes which failed the test.