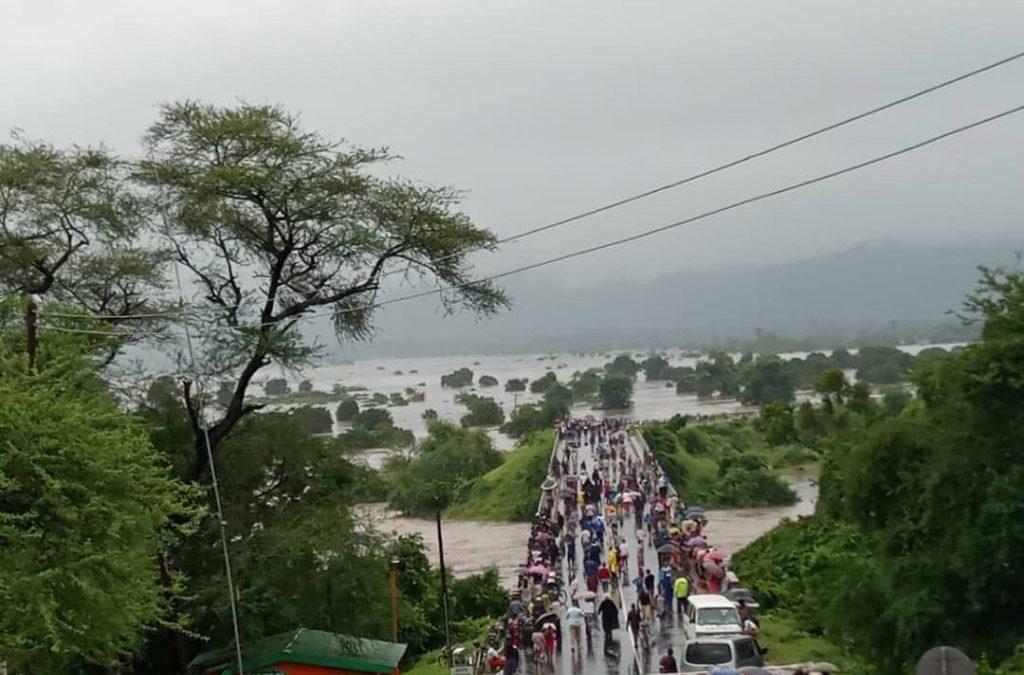 It’s been about three weeks since The President of the Republic of Malawi declared a State of Disaster after several days of relentless rainfall and immeasurable human misery. Since then, an almost boundless outpouring of financial, material and moral support from governments, organizations and individuals has streamed into the flood-hit areas of Southern Malawi. Social media celebs have encouraged their followers to abandon their crying emojis and raise money to support their fellow countrymen. Organizations have mobilized themselves, behind the leadership of UNICEF, to ensure an effective, coordinated and holistic response to the plight of flood victims. Governments have not only issued predictable statements of thoughts and prayers in light of the incalculable destruction following the double-whammy of torrential rainfall and Cyclone Idai, they have put money where their mouth is!

We, at BASEflow, were not spared from this overwhelming outpouring: through the financial, technical and moral support of our US partner, WaterStep, BASEflow has managed to produce, using the award-winning technology – the Bleach Maker, and distribute 220L of bleach for disinfecting surfaces and water to 847 households in flood camps, and surrounding communities, in Chikhwawa. As I write this, we are brewing our next batch of bleach for delivery, tomorrow.

Everyone is stepping up to the challenge – it’s enough to restore your hope and faith in humanity!

As Malawi slowly begins to understand the scale of this disaster, the second in only 4 years, and we start to hear the harrowing stories of loss, survival and rebuilding, there is another story – the real story – that could so easily be forgotten in our clamor to move on.

This story is not in the outpouring of support, laudable as it unquestionably is, from governments, organizations and individuals, neither can it be found in the snowballing statistics of death and loss that will likely litter the front pages of newspapers for the next few weeks before being relegated to an inner page, forgotten.

In 2015, after the floods that led to the death of thousands, I decided to document the stories of ordinary people who went through the incomparable experience of seeing everything they knew and loved taken from them. The faces, the voices and the empty stares of children, too young to fathom loss, are still etched in my memory, probably for the rest of my life. Nothing prepared me for what I was about to see.

We have been here before and we are here again, reliving 2015 as if it never left.

The real story is actually a tragedy, a tragedy far worse than the lives lost or the properties destroyed. The tragedy is that we have become accustomed to tragedy. It is in the eyes of survivors and the way they talk as they remember things they are better off forgetting. It’s as if this is the new-normal – a new way of being that must be accepted and cannot be changed. A life of deep-seated resignation, no agency.

It seems the cruel waters not only washed away love and livelihood, they even eroded our resolve to rise again when we’ve fallen down, to keep going even when the hope to do so is lost, to stay the course even in times of uncertainty.

In a 2015 article I wrote about the floods, I wrote the following paragraphs about a positively jarring encounter with a woman who was staying in one of the shelters for flood survivors:

One of the women, upon seeing me with my camera dangling like a medallion around my neck, jumped up with such juvenile spunk and shouted, “You! Take my picture!” as she struck a pose with a cheeky thumbs-up as if to say “We will not let this beat us down.”

It was amazing to see that despite their circumstances, they still found a reason to smile and also a reason to, dare I say, hope.

I hope that woman survived.

Can we rebuild hope? Can we restore agency? Again, dare I say, I hope we can, because I do not know how many more disasters we can take before we embrace despair.