Can it be capped? 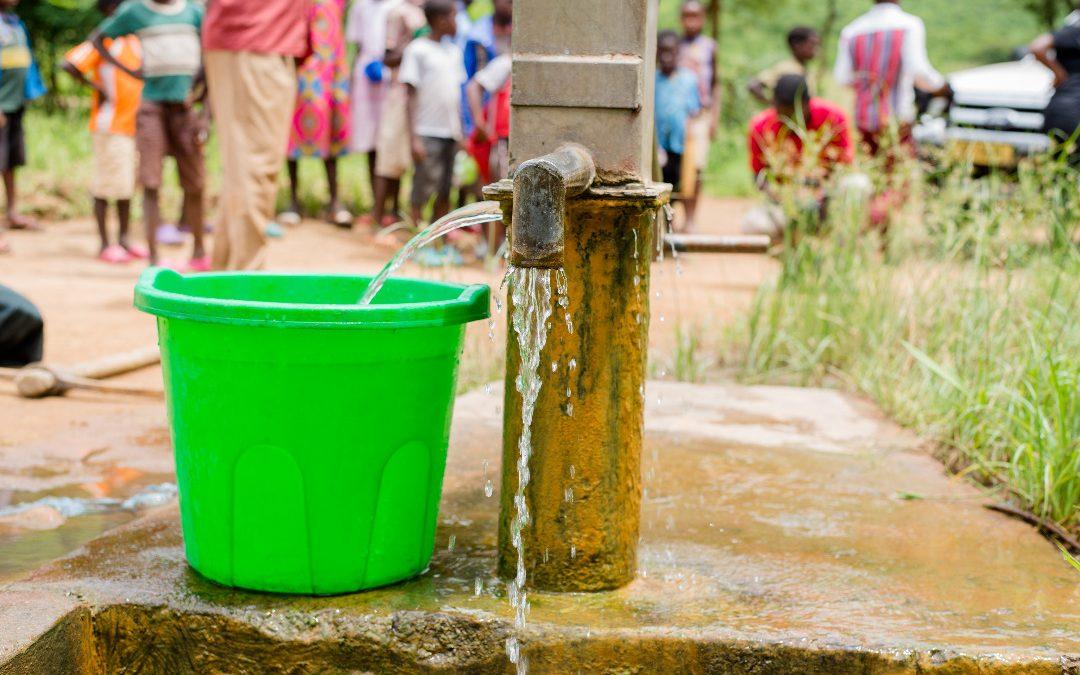 When I was part of the research team, together with Helen Robinson from University of Strathclyde, that found the artesian well at Jordani village, a well that had been flowing non-stop since 2007, I was excited about the many avenues for harnessing the artesian water. Extended drip irrigation! Fish pond expansion! Greenhouse agriculture! The possibilities seemed limitless!

When we got the funding from the Scottish Government’s Climate Justice Innovation Fund late last year, to say I was ecstatic would be an understatement. I was excited beyond words that we could finally return to the village of Jordani and actually do something more than just research – we were going to actually make a tangible difference in people’s lives by putting the research into practice. But when the dust settled from celebrating the great new of our funding success, I started to get anxious, filled with a question that refused to leave me alone.

What if it doesn’t work?

When we started to map out a plan for implementation and analyze potential risks, I started to learn that there were so many ways that something could go wrong. We outlined every possible scenario with the worst case, i.e. the artesian well collapsing, being the one risk that kept me up at night. Even as I stood in front of the community, during a pre-capping sensitization meeting, when I shared the risk analysis of possible outcomes I saw the same concern on their faces and knew what their question was going to be:

What will happen if it fails?

To which I responded that we would have to drill another borehole and install another handpump so the community still has access to clean water. Though the community seems relieved and reassured at this prospect, I personally, deep-down, wanted this project to work. It just had to! Then the village headman GVH Jordani stood and asked:

This well has been flowing for 12 years. Can you guys really cap that pressure?

I didn’t want to promise, but I responded: It can be done, but anything can happen, that’s why we need to prepare thoroughly.

Once the community understood the risks and the capping process, they gave us the go-ahead to proceed with the capping exercise.

During the second week of February, after weeks of preparation with Nick Mannix from Strathclyde and a 1-day training with local government staff about Artesian Pressure and The Capping Process, we arrived at the site with the private drilling company, OG Madzi, ready to start capping, while the community, standing outside the ribbon-cordon, looked on with interest. The process had a few challenges – at one point the drilling rig was too heavy for the waterlogged soil and sank a good 30 centimeters in the ground. The community had to help with rocks and bricks to provide the rig some leverage and foundation – which helped.

After demolishing the existing infrastructure and an inflatable packer was used to seal the flow within the borehole and undertake pressure tests. The pressure tests gave an indication of the ability of the existing casing installation to seal the artesian pressure. Pressure tests were taken at different depths throughout the casing and pressures of 0.3 Bar (i.e. 3-meter head of water) were observed. Furthermore, the borehole was sealed overnight and pressure and leakage around the casing was monitored; no leakage or loss of pressure was observed, providing a good indication that the artesian pressure could be held within the existing borehole casing.

We did it! We capped the artesian well!

Once the civil and piping works were done, I walked over to the tap, opened it and drank the pristine artesian water as a wave of satisfaction overwhelmed me.

Of course, this isn’t the end – there is still so much to do with the community in terms of exploring options for maximizing the artesian pressure for sustainable agriculture and, yet again, the possibilities are numerous. We still need to decide whether drip irrigation is possible OR whether we need to set up a social enterprise or a farmer’s cooperative or a water users association to manage the three-way service system of fisheries, irrigation and water supply OR whether we should include a borehole banking arrangement as a form of income generation OR decide if there is a market with close proximity to purchase the Jordani’s produce.

All tough questions to ask, let alone answer. But at least I can now sleep at night knowing that one of the key steps of this innovation, a step that if unsuccessful would have unraveled the entire project, has been achieved. I am pumped to face the complexity to come! Why? #weareBASEflow!