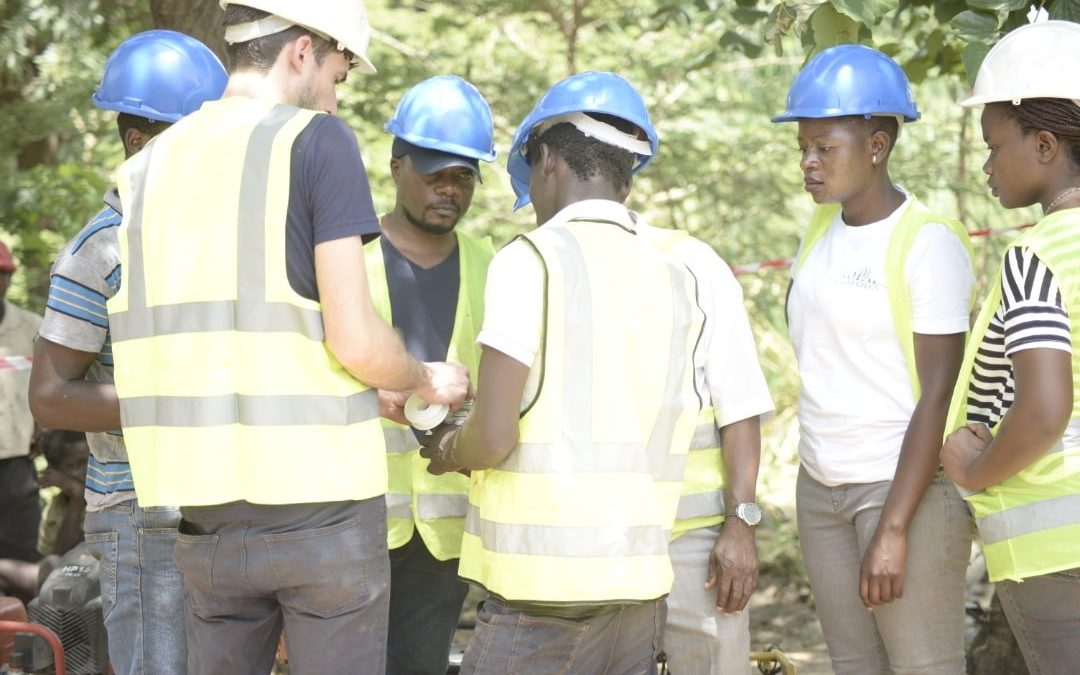 Jordan Village, a rural community in Blantyre District, and the target community for the Scottish Government’s Climate Justice Innovation Fund, is one of the villages in Malawi blessed with an artesian well, where water flows out of the well without pumping.

As an initial step before developing the artesian well, a small team comprising of staff from BASEflow, Strathclyde University and Local Government conducted an in-depth technical assessment of the artesian well, called Borehole Forensics, before any development work could be implemented. The Borehole Forensics process, among other things, involved the use of a borehole camera to visually survey the subterranean condition of the borehole, conducting pumping tests to assess whether the well could provide sustainable water supply, and on-site water quality testing to ensure the water meets minimum standards of human consumption. Despite having the well for close to 12 years, the community members were not aware about some basic information of the well which would be vital for planning any well development. One good example was the well depth; despite inquiring from the community, even some who had been present during the well installation in 2007, they were not aware of the well depth, many guessing it was 27 meters deep while others said it was 30m. The borehole camera survey provided the answers. It was observed that the well was actually was 51m deep and we found debris, i.e. sticks, thrown into the borehole at about 36m. This kind of information was informally shared with the community and they were further sensitized on the importance of safeguarding their artesian well from possible contamination.

The preliminary water quality results were also quite promising with the overall chemistry posing no risk to human health through consumption. All the tested parameters, including Electrical Conductivity, pH, Temperature, Fluoride, Iron, Turbidity and Total Dissolved Solids, were within the acceptable Malawian and World Health Organisation standards.

The next step in the project will be simplify the results, in layman’s terms, and share them with the community before onward well development takes place. More details soon!

If you are interested to understand more about the borehole forensics process, send us an email or visit Strathclyde’s website https://www.cjfwaterfuturesprogramme.com/