BASEflow team leader invited to speak at the “March for Science” 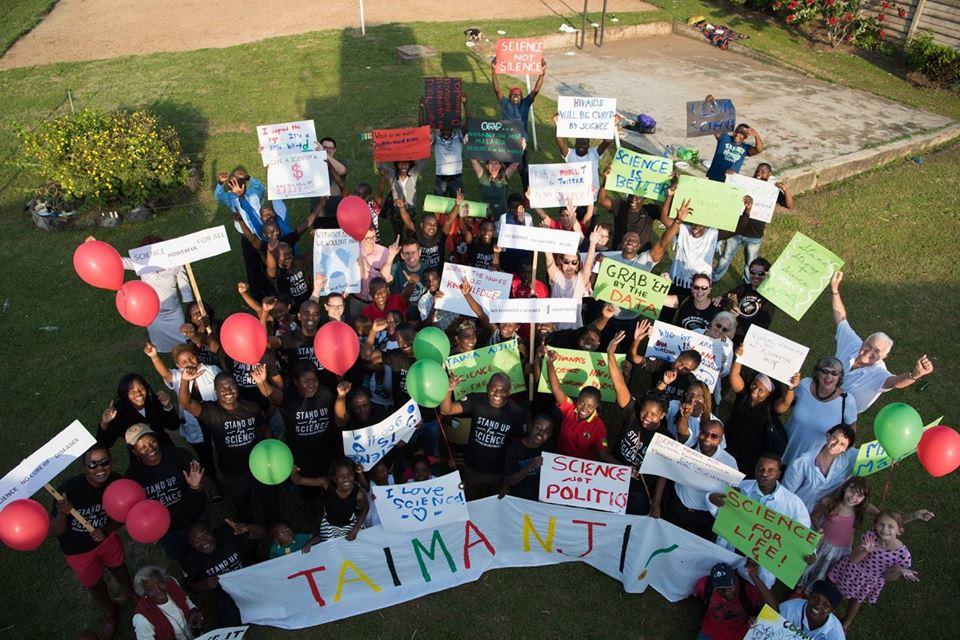 The March for Science was held in Blantyre under the theme “Science not Silence”. Our team leader was given an opportunity to give a speech. Below is the speech.

I stand before you today as a consumer of research – and as consumer of research, I recognize the value and power of applied knowledge. We have seen that in the previous speakers talking about how evidence, data and research made a difference. When I was a teenager I had a green t-shirt with words in yellow print that said “when all else fails manipulate the data” – as much as data is valuable it sometimes is uncomfortable! As much as evidence is essential it can also be inconvenient. And nowhere is this more evident than where I work in the water sector – and to demonstrate what I mean here is a story:

There are many stories like I could share if I had more time, but no matter how many stories I share they will all have the same point: sometimes evidence is inconvenient to the men and women in position of political power. These men and women of political power will do whatever it takes to block or frustrate the application of scientific evidence that does not align with their political ambitions or hold up to their own agenda. And for years now they have succeeded. They have succeeded in keeping us all quiet. They have succeeded in turning science into silence! They have succeeded by cocooning us all in warm blanket of fear, convincing us that we, in our numbers, are powerless to make a difference. It is fear that has made this all possible, fear of losing our jobs, fear of tarnishing our reputations even fear for our lives. The district water officer from my story was one of a rare breed – many water officers chose to do and say nothing – all out of fear. I have lost count of the number of times I have been told by scientists, researchers and practitioners of how the capture of inconvenient evidence by the ruling political establishment has contributed to sad state of Malawi today – but even though these learnt colleague of mine knew what was right – they did and say nothing – Nothing! – because of fear.

Some of you are wondering “aren’t you afraid?” – of course I am! I am just as scared as the next man. I am no different from many of you. But more than being afraid I am tired – I am tired of being afraid! I am tired of seeing social problems persist when we have the scientific evidence to help change them.

I am afraid – but I am more tired than afraid.

It is easy to blame politicians – and they will be held accountable – but if you researchers and scientists – “you explorers of the unknown” – do not speak out and tell the inconvenient story your data, your research and your evidence is telling you – then you are no different than the party politicians we claim are root of this country’s problems. If I do and say nothing, then I am not different from them! I might as well join their rank and file and paint myself blue, or yellow or orange and burn my degree!

Is their lust for political power more potent than our thirst for applied knowledge? How long will we, researchers, scientists and practitioners, stand aside and watch from the shadows while Malawi continues to be ravaged by solvable problems? What will we say to our children when they enter a future where rives are dry, electricity is a luxury and preventable diseases still run rampant among the living?

What will I say to my own son when he asks me “what did you do to change things, dad”?

As I stand here, at least I will say that there was a day in April, I stood up and did a simple but powerful act of courage: I spoke out!

I am speaking out and I hope you are will join me in speaking out. Let what we speak resound through the corridors of political power and let them hear it loud and clear.

It isn’t out of sheer defiance or collective resistance, it’s because the price of our silence is too high for any of us to pay. Let those in power know that we will no longer stay quiet in the shadows. Let them know that science will no longer be silent!